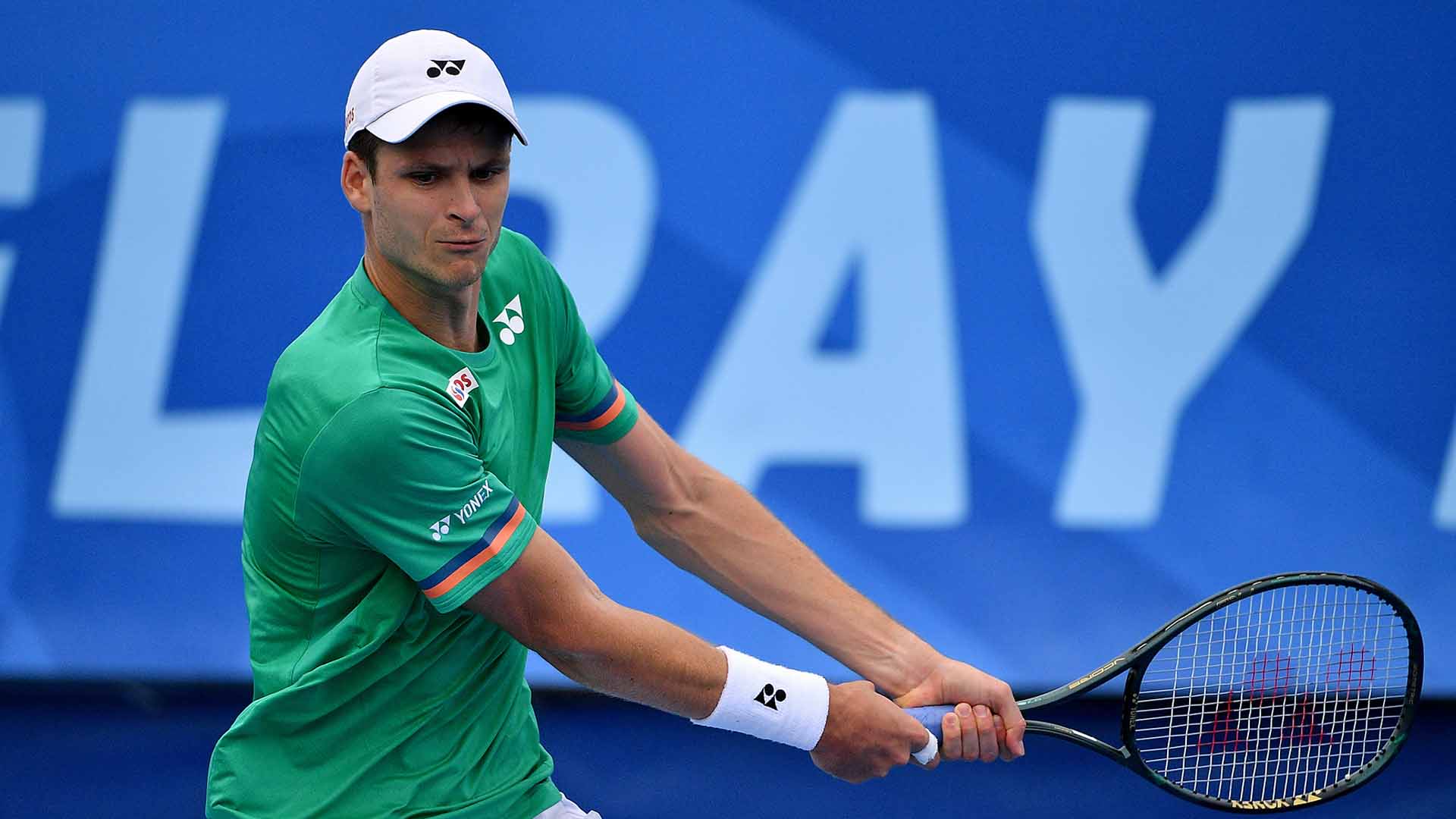 Fourth-seeded Hubert Hurkacz sealed his Delray Beach Open by VITACOST.com debut by lifting his first trophy of the year after defeating #NextGenATP American Sebastian Korda in the final on Wednesday.

Hurkacz, No. 35 in the FedEx ATP Rankings, came into South Florida going for his second ATP Tour title and his first since the 2019 Winston-Salem Open. The Pole didn’t drop a set all week, and needed just 68 minutes to claim the victory 6-3, 6-3 over 20-year-old Korda.

Korda scored victories over No. 95 Soonwoo Kwon, No. 52 Tommy Paul, No. 25 John Isner and No. 74 Cameron Norrie to reach his first ATP Tour final. He powered to an early lead against Hurkacz, dealing damage with his backhand to claim a break of serve in the first game of the match.

You May Also Like: De Minaur Clinches Antalya Crown

But the American, who previously dropped his first eight finals as a pro before last year’s ATP Challenger Tour breakthrough in Eckental, couldn’t maintain the level as Hurkacz capitalised on an error-prone stretch to make his way back. From 1-3 down, Hurkacz came back to win five games in a row to take the opening set.

Hurkacz stayed comfortably in control in the second set as Korda’s struggles continued. The Pole broke twice more, claiming the match with a lob winner to become the first Polish champion to reign at Delray Beach.